Open Letter to the President of the Republic of Turkey R. T. Erdogan 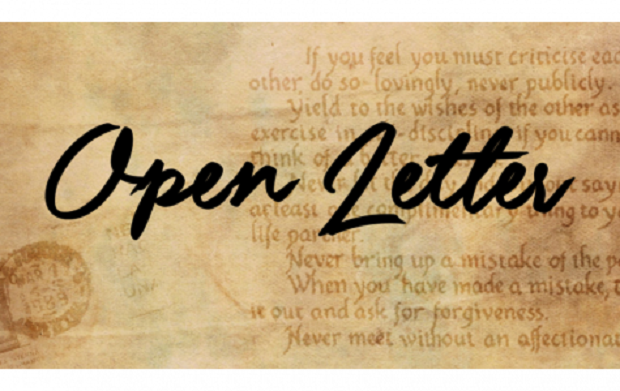 Recently, you have launched an often repeated and relentless campaign referring to “your heart’s borders”, as you perceive them, borders which are not identical to the present natural borders of Turkey. You have done so in order to include into these borders all your neo-Ottoman, expansionist aspirations. Indeed, quite often, we are informed that you are delivering to us all “history lessons”.

But we know very well that these “history lessons”, as you call them, are lessons of dangerous populism conveyed to those uninformed people who are ignorant of history and who naturally do not know what you ought to know yourself!

Every educated man, Turkish, Greek or of any other ethnicity, certainly takes it as a joke when he hears you refer to the Greek Aegean islands by claiming that “on these islands we have our history, our monuments, our mosques!”

All rudimentarily educated people throughout the world know that since the dawn of history, the Aegean Sea, was and has remained Greek. Occasional conquerors never were, nor ever will be able to change this in the future.

As you seem interested in history, perhaps we need to remind you that the word Aegean – according to the immortal Greek mythology which has been studied across the planet for thousands of years – has its origins in the name of Theseus’ father and king of Athens – Aegeus -who fell and drowned in the sea waters of the Temple of Poseidon at Sounion.

Let us remind you of the following: that for at least 3,000 years the Protohellenic peoples like the Ionians, Achaeans, Aeolians and others developed Asia Minor into a region of political and cultural Hellenism; that the fait accomplis of violence and genocide that were used by your ancestors and unfortunately by many of your contemporaries like you personally, cannot alter history.

If nowadays you are desperately looking for “evidence” to justify your blatant expansionism in mosques built by temporary occupants in just a few of the 6,000 islands and islets located in Greece, what should we say about the World Heritage Monument, the Church of Saint Sophia of God built in the City of Constantine ten whole centuries before the appearance of your ancestors as conquerors?

What should we say about the Monastery of Sumela, the religious symbol of Pontian Hellenism for nearly seventeen centuries, which was established by Athenian monks Barnabas and Sophronius in the inaccessible mountains of Pontus in 386 CE? What should we say about the Temple of Artemis at Ephesus, one of the seven wonders of the ancient world, the ruins of which are admired today by crowds flocking from around the world, or about Cappadocia which was a center of Hellenism starting in the first century BCE?

Should we remember perhaps the ancient Nicomedia of Bithynia, which recorded its Greek presence in 712 BCE? Or Smyrna, one of the oldest cities in the Mediterranean which was inhabited by Greek populations for thousands of years – until recently?

Do you remember Alikarnassos, Prusa, Ikonion or Eastern Thrace where the Greek myth of Iro and Leandros takes place in the ancient city of Sestos known for thousands of years?

What should we say about the tortured Cyprus, the island of Aphrodite, pure Greek since the time of the Trojan War? What should we say about Imvros and Tenedos, currently with only 1% Greek population compared to over 90% when they were delivered to Turkey as a “gift” by the Treaty of Lausanne, a treaty you are not fond of today?

You must finally understand that strewn across the entire modern day Turkey is irrefutable evidence that Greek civilization flourished thousands of years before conquerors started appearing in the region – your ancestors.

Which history exactly are you talking about Mr President? About the history of genocide, massacres, violence and greed for loot? Because this is exactly your authentic history!

Perhaps it would be useful for you to learn about the borders of our own heart.
But first try to understand, however difficult it may seem to you, that the boundaries of timeless Hellenism from antiquity until today, have absolutely no geographical limit. Because the Greek spirit embraces, and will always embrace every educated man, in every corner of our planet.

Regarding the geographical boundaries of today’s Hellenism, if they give you the impression of an easy prey to blatant and manifest expansionism, well think again. Because you should know that the borders of the hearts of the Greeks will always be reaching for the Red Apple Tree, the places where you will find yourself someday, because as our traditions say: and again in times, with the seasons, they will again be ours!